Saving Faith:
A Memoir of Courage, Conviction and a Calling

A Memoir of Courage, Conviction, and a Calling tells the tender, humorous and sometimes traumatic, always blessed tale of the author's nine-year journey in the Sisters of St. Joseph of Rochester, NY. These stories and vignettes bring the days of convent life alive in the 1970s. The late 60s and 70s are remembered as the author journeys through one calling to another.

"It's 1970. Six hundred thousand attend the largest rock festival ever on the Isle of Wight. The first Gay Pride marches have been held in New York City, Chicago, Los Angeles, and San Francisco. One hundred thousand people are demonstrating against the Vietnam War. And I am a postulant in an order seeking to address the challenges, longings, and hopes of the era."

This honest and searching memoir reveals Elizabeth Osta's years as a nun, teacher, and activist with the Sisters of St. Joseph in Rochester, New York in the 1960s and 1970s. Osta gracefully takes the reader through her personal response to the changing American landscape after JFK, the 1964 Rochester race riots, and the rise of the second wave of feminism.
​
Vatican II's aggiornamento" ("bringing up to date" of the Catholic Church) challenges the Sisters of St. Joseph to find their place in this changing world, including updating the centuries-old attire of traditional habits. Osta questions everything from the prayers in the Breviary to the meaning of vows. In the end will Catholicism's new open-minded perspectives be enough to satisfy Osta's intuition that something else, just as sacred, might be waiting for her outside the convent walls?
​
Saving Faith invites the reader on an honest look back at a lived experiment in activism, spirituality, Catholicism, and the true meaning of vows. As well as the dreams and sometimes harsh realities of following a calling.

A memoir recounts a woman's tortured decision to become a nun and her later crisis of faith.
"... She was drawn to a life of religious devotion but also disenchanted in many ways with the Catholic Church—particularly its failure to live up to the promise of its Vatican II reforms. She confided her misgivings to Sister Tee, who gently encouraged her to consider becoming a nun. To her family's surprise, Osta became a postulant with the Sisters of Saint Joseph."
Read the entire review

"Osta captures in vivid detail a time of great transition in the Catholic Church, as well as a time of profound change and discernment in her own life. For those of us who , as clerics, lived through these turbulent years beautifully captured by the author, the reader will find both fond memories as well as some deep disappointment as to what might have been if the Catholic Church stayed on the path of renewal and openness to the modern world. A true reflection of courage, conviction, and calling."
-Vincent A. Keane, President/CEO Unity Health Care Inc. Washington DC

"What good Catholic girl in the 1960s didn't think about joining the ranks of dedicated nuns who taught her? In Saving Faith: A Memoir of Courage, Conviction and a Calling, Elizabeth Osta bravely bares her soul to reveal her journey as a young religious sister, struggling to find her place in both the turbulent inner world of the Catholic Church and the magnetic outside world of community activism. Deeply personal, mesmerizing and even humorous, this memoir enthralled me."
-Jane Sutter, author of Sutter's Sodas Satisfy: A Memoir of 90 Years of Sutter Drug Co.

A lively and engaging memoir that documents Elizabeth Osta's call to service and years as a nun, Saving Faith meditates on strength, womanhood, friendship, and redemption. The "chores," "errands," and "decisions" of daily life "flood" with deeper meaning as the voice of this luminous prose intertwines the tangible and the ethereal, the visible and the not-yet-revealed, the quotidian and the philosophical – all while remaining intensely personal, wildly imaginative, and refreshingly direct. This is a book that shows us all how strength, femininity, spirituality are intricately connected, offering an inspiring and intensely moving glimpse into that "inner harmony" that "starts with the sound of a bell."
-Kristina Marie Darling, author of Dark Horse and The Disappointment Acts

"An intimate account of the struggle for a calling amidst the changes that transformed the Catholic Church—and Catholic education—in the 1960s and 70s. Elizabeth Osta writes with great respect for the Sisters of St. Joseph, whose way of life she once embraced, and whose ministry in Rochester continues to this day."
-WROC TV Channel 8 News Anchor Maureen McGuire 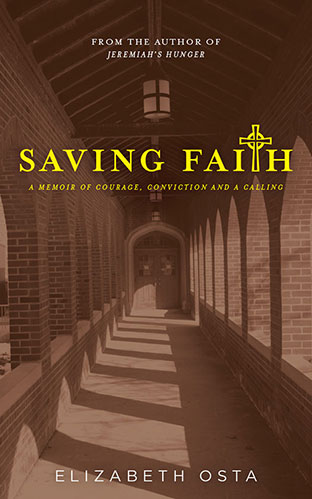 MANY THANKS to my Publisher COSMOGRAPHIA! 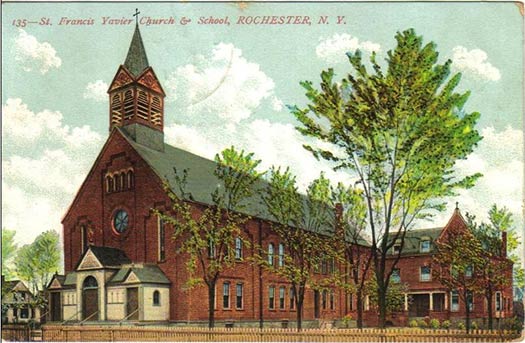